Create this handmade snowman snow globe on a snowy winter day. It's easy to assemble and you can personalize the clay snowman however you like.

insert_link https://www.youtube.com/watch?v=UkUB6rdh59Q
No comments yet.
Leave a comment message

7 Indoor Snowball Games & Activities These snowball games will keep my kids active and engaged (indoors!) for quite a while.  Here is our list of snowball games, but you and your little ones could probably think of many more! Snowball Fight Game: This one is obvious, right?  You may as well do this one first because your kids are dying to throw these things at each other anyway.  We have a few ground rules at our house such as always aim below the chest (no head shots).   On Target:  Print out or draw a target that can be taped up on a door, wall or window.  Have the kids throw the snowballs to try to hit the target.  How many times can they do it?  Throw a little learning into the mix for younger children by having them count out loud or have one child draw tally marks on a chalkboard while another is throwing.   Bucket Toss:  Pretty much the same thing, only have them toss the snowballs into a bucket or bowl.  You can use masking tape or painter’s tape on the floor to mark off a line a few feet away.  See who can make the shot from all the way across the room!   Stack ‘em Up: Try to make a snowball tower.  You can mention a few engineering principles, like a pyramid shape with a wide base will probably work best.  The kids can use a ruler to measure their creations once they’re done.   Knock ‘em down: Build a pyramid out of light-weight plastic cups, then roll or toss the snowballs to knock them all down.  Bonus points if your kids can do it with just one snowball.   Relay Race:  Grab a couple of wooden spoons and have a good ‘ol relay race.  This is just like an egg race, but uses the snowballs instead.  And if these snowballs fall on the floor, there’s no mess to clean up!   Pile On:  Have the kids pile as many snowballs as they can onto an overturned Frisbee or plastic plate.  How many can they load up?  And can they carry it across the room without losing any? How to make the snow balls:  Pick up several sets of white stockings from your local dollar store.  Then, you’ll need some scraps of batting and a pair of scissors.     Cut of a good-sized piece of batting and stuff it in the toe of a sock almost all the way to the heel.     Then, hold the toe of the sock in one hand and with the other pull the open end of the sock so that the stocking is stretched as much as possible.     Keep pulling and wrap the cuff part of the sock around the stuffed part of the sock. Then, fold the cuff back over on itself so that the stocking will stay folded into a ball. This is what it looks like on one side of the snowball.     A whole flock of snowballs made in less than 5 minutes!      Grab the snowballs and let the snowball fight begin! How to Make Fluffy DIY Indoor Snowballs 1. Cut a notch of on short side of your cardboard. The notch should be about an inch wide and a couple inches deep. 2. Wrap yarn around the cardboard over the notched end. The number of times will depend on the thickness of your yarn. Our thick and fussy baby yarn needed to be wrapped about 55 times for the right end result, although if we’d wrapped more yarn the snowballs would have been even more dense which is great. Cut the end once you’ve wrapped your yarn around the cardboard enough. 3. Cut a length of yarn from the main roll to use as a tie, about 8 inches or so should work just fine. Using the notched area of your cardboard wrap the string around the center of the bunch of yarn a few times cinching it down into an hourglass shape. Make sure to cinch it tightly and tie a knot. 4. Once your tie is in place slide the looped yarn from your cardboard. Once it’s off it will look a little like a bow. 5. Cut through the looped yarn on both ends. Cut down the center of the loops as best as you can. Cutting the looped ends will give you a rough pom pom or ball shape. 6. After the loops are all cut down the center fluff the ball a bit to help set the yarn in place and then trim the ends to give your snowball a nice evenly round shape.
cake 3 - 13
language EN
Kids Duct-Taped to the Wall Photo
favorite_border
share

Make this year's annual family christmas photos fun and excited, enough to make people smile or laugh out loud. Be ready for some calls asking (1) what brand duct tape is this (ha!) and (2) how the heck did you do this?? And, not to worry, this photo doesn’t actually involve taping your kids to the wall. Which means the answer to question #1 isn’t all too important – but it’s just good ol’ Duck Tape if you’re still curious.  Sorry to disappoint the duct tape aficionados with you – the tape we use would never hold up a 35-pounder with just a few pieces (not that I want to try). This is all thanks to good ol’ Photoshop and a white backdrop that I place on the ground for the kids to lie on. Best of all, this whole session will only take 15 minutes!
cake 1 - 13
language EN
Snow Globes Crafts for Kids
favorite_border
share

A homemade snow globe is a childhood must! The best part about these snow globes is that they give you the perfect opportunity to get rid of some of those pesky plastic figurines lying around the house. Another idea is to use LEGOs -- if your child can part with them! Materials Small glass jar A plastic figurine or Lego Glycerin (optional: while it's not necessary, it makes the glitter float better) Glitter Sequins Water Spoon Superglue or a hot glue gun Directions 1. Ask your child if he can find the perfect plastic figurine or Lego piece to use in his snow globe. No sense in buying a new one, if there’s already something at home! 2. Put glue on the inside of the jar’s lid. Place and stick your child’s plastic figurine on it. 3. Fill the jar with cold water. 4. Add 1-2 teaspoons of glitter and stir. 5. Add a few drops of glycerin. 6. Screw the lid on the jar -- you can glue it if you're concerned about your child trying to open it. 7. That's it! Have your child shake the jar or tip it upside down to make it "snow."
cake 3 - 13
language EN
Dismiss

...
create
Hey there! We use cookies to enhance your search and browsing experience! Learn more here. Got it! 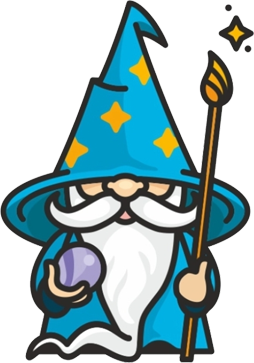